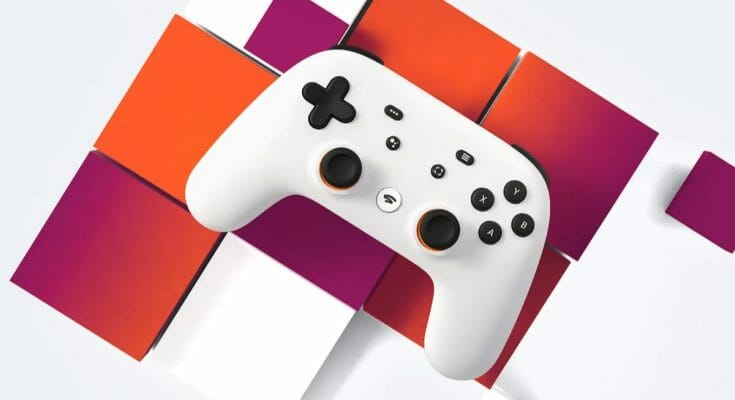 In November 2019, Google made their new cloud gaming service available. That is, to play games on this platform, you have to connect to Google’s computers via the service, and they send the image of the game over the Internet, as if it were a streaming movie.

Except you play with your controllers or keyboard and mouse. The Google Stadia service is made possible by all Google servers located in their data centers around the world. Google Stadia lets you play on your TV, computer, tablet or cell phone. Always with the same principle, watch the game as if it were a Netflix TV series streamed to your device.

Any controller also works: whether it’s the Playstation, Xbox or Nintendo Switch, you’ll be able to play.

So don’t buy consoles, or extra devices, and that’s the great advantage of this service.

With Stadia, there is no update to make on your games, no downloads, no space problems available on the hard drives of consoles or computers.

How do I start with Stadia?

You have to create a free or paid Stadia account, then buy a game, and click Play. This allows you to stream games (show them) on your device, and play online multiplayer games as well. There is also the possibility to subscribe to Stadia Pro, this allows you to get discounts on the Stadia digital store, get free games every month and stream games in 4K, if you have the TV or monitor suitable of course.

It’s a subscription a bit like the Playstation Plus, or Xbox Live Gold.

If you get a free game, you can play it as long as you subscribe, as for the 2 subscriptions mentioned above.

Current and future situation of Stadia

Inevitably, since its inception, Google has had time to improve its Stadia service. The French video game publisher Ubisoft continues to support assiduously with games like Assassin’s Creed, Watch Dogs Legion, Just Dance, The Division….

On paper, it’s all very beautiful, and it’s interesting not to have to buy a powerful console or computer to be able to play the latest blockbusters.

BUT, the hardworking players were not convinced by the service because:

Why then are regular players important in this case? Because they are the best representatives of a video game service. They will be able to advise or advise their entourages on this subject.

But Google seems to want to abandon the project and change its strategy. Their service is clearly dedicated to the general public while their communication is intended for regular players. This makes it a service for now misplaced in the minds.

When ultra-fast Internet connections become even more common, Google wants to have a prominent place in the videogame ecosystem. They will have many opponents like Microsoft, Facebook, Amazon and Sony.

The war for players’ attention and wallet is far from over.