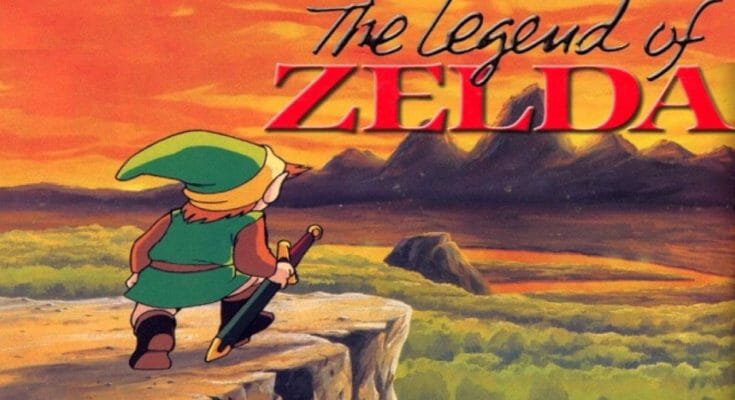 Having drawn many inspirations from Miyamoto’s imagination, The Legend of Zeldaseries remains to this day one of Nintendo’s most iconic series. The latest opus has sold more than 14 million copies worldwide. With its first title released in 1986, it still happens that we sometimes ask the question: What is the series The Legend of Zelda?

What does the series tell us?

The premise remains simple: Our hero Link, dressed in green, will take his courage with both hands, go to face the evil Ganondorf and save the sweet princess Zelda. Also saving the kingdom of Hyrule from chaos. Although the game started with a simple story in 1986, the titles that followed were more complex and detailed. With its nineteenth game coming out, the universe is expanding. Each new game takes place in a new, more sophisticated and larger environment. With slightly more complex levels at the release of each new game, Nintendo’s fantasy and action adventure series is becoming increasingly loved by fans, young and nostalgic alike.

We quickly understand that the main character is a new reincarnated hero who must confront Ganondorf in order to save the princess (or sometimes, the pirate!). Reliving an eternal fight that risks sinking the kingdom into chaos. Often, the stories take place in the kingdom of Hyrule. But sometimes we discover new cities and new horizons. Over the years, a timeline that correctly places games appears, allowing fans to understand the connections between the various titles that have been released. It is understood that the chronological order of the story of Hyrule is divided into three after Ocarina of Time.

The timeline goes like this: The game that talks about the origin of The Legend of Zelda,is Skyward Sword. This was followed by The Minish Cap and Four Swords. Finally, Ocarina of Time appears and divides the series into three. One or the hero is defeated, one or the hero is victorious, but will be divided equally into two. It will be divided between the era where Link is an adult and or Link is a child. In the timeline where the hero is defeated, we will classify A Link to The Past, then Link’s Awakening. Next will come the Oracle of Seasons and Oracle of Agesgames. A Link Between Worlds will also come later, then give way to Tri Force Heroes. Finally, we will see The Legend of Zelda and The Adventure of Link take place. We will then take a leap into the other chronology, where the hero is victorious, but we visit the era where he is a child. Majora’s Mask,which is the direct sequel toOcarina of Time will come first. To then give way to Twilight Princess and finally, Four Swords Adventures. Taking a leap into the era where Link becomes an adult, Wind Waker will take place in this timeline, followed by Phantom Hourglass. Spirit Tracks will close the era where Link will be an adult. The latest opus, Breath of the Wild,takes place at the end of all these chronologies.

In order to have better details on the history of the most recent titles, I invite you to check out my article: Which Zelda Game to Choose? It contains a summary of each game.

The games have several levels that will make your child think. He will have to learn to go through these different levels in order to progress. Although the principle remains simple when progressing a level, it can be confusing for young players. A little trick to help them progress: Each important item found in a temple will be used to progress the rest of the level in addition to beating the boss. The formulas have changed little in the titles, but the principle remains the same.

The story behind the legend

Miyamoto was inspired by Peter Pan and his adventures in the woods when he was young to create The Legend of Zelda in 1986. Having been released on the Nintendo platform, the Nintendo Entertainment System (N.E.S.), the first 8-bit title was a worldwide success. The game with 24 levels before completing it has become very popular. Two years later, the sequel: The Adventure of Link, makes its appearance on European and North American tablets. A few years later, A Link to the Past became incredibly popular, but the game that still breaks records to this day is Ocarina of Time,released in 1998. Being one of the first games released in 3D, with a breathtaking adventure and a remastered version released on 3DS in 2011, Ocarina of Time remains a game that is still ranked among one of the best of all time.

The series is still popular in geek culture. Nintendo remains a company that knows how to attract nostalgic people and children. Having drawn some of its inspirations from Walt Disney, The Legend of Zelda,just like many other games, has marked the imagination.

What to remember from the series?

It remains simple: You can always keep your child’s heart and live extraordinary adventures that will take you to the four corners of the world. The series allows us to do that. Even if we are adults, we can still dream. Creativity remains paramount and imagination has no limits. I can’t wait to see the sequel to Breath of The Wild, which was an incredible exploration game. Even though the series has changed since then, the creativity behind each of the titles remains evident.

Here is the trailer of The Legend of Zelda Breath of the Wild 2:

For more information about the series, I invite you to visit Nintendo’s website