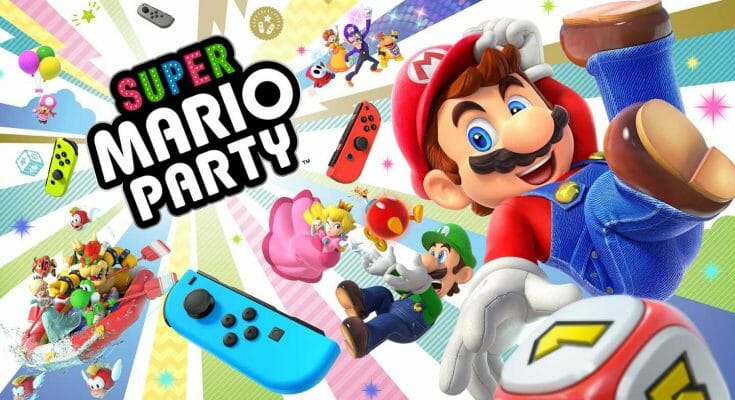 Mario, Luigi, Peach, Donkey Kong, Bowser, Daisy, Yoshi… they’re all back from to party in Super Mario Party. From 1 to 4 players can play a virtual board game that will be punctuated by various and varied mini-games.

The game can be played multiple times. There are many challenges to accomplish, and as long as you can play with multiple people at home, the game is fun.

3 difficulty levels. Only the Challenge Road mode is a little harder than the rest.

The theme game, the friendships, the games, the party.

You have to know how to read to understand the rules of the game.

These are mini-games that are explained each time by a tutorial. They are not difficult to understand or execute for anyone and are fun. The rest of the game is made up of menus.

The main game mode. This is the traditional board game. Each player chooses a character, and evolves through a board filled with bonuses, malus and events. To move forward, the characters must roll a roll. The games last a minimum of one hour. Ideal for a family board game game. Mini-games are played every time a round ends, allowing players to earn extra bonuses. Mini-games unlock in all other modes, once played here.

A cooperative game where players have to paddle together and synchronized to get to the end of the river. Of course, many bonuses and malus are found on the river and players must avoid them together. They can also trigger mini-games to save time.

A selection of all the mini-games that are dedicated to rhythm. We chain, for example, 3 games or must move the joycon in rhythm at the right time.

You can play unlocked mini-games. at will separately.

Or play a territory-conquering game that is played by winning mini-games.

Or play a “Mariothon” of 5 mini-games against his friends.

A team version of Super Mario Party with specific tables and rules. Makes it possible to compose teams of 2 players against 2 other players. Missing players are replaced by opponents controlled by the game.

A sequence of 5 random mini-games against online opponents. This can be against unknown players or against friends. If a single Internet player disconnects, it interrupts the game for everyone. This should not be the case, the player should be replaced by a character controlled by the console.

For 1 player (the rest of the players comes from the Internet).

Rhythm games are not included in the selection of mini-games available online. Online progress is not taken into account in the main game and is not backed up.

It is possible to play with 2 players on the same console and friends online to complete the group of 4 players.

We can either create games with friends registered in his Nintendo Switch console, or create a game and put a password for our contacts to join us.

Super Mario Party is a great game, designed to make you buy a pair of joycons in addition to the one provided with the Nintendo Switch console. There are many game modes, characters, and mini-games. This episode of Super Mario Party is particularly well thought out to appeal to everyone even those who don’t play video games often. 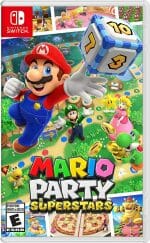