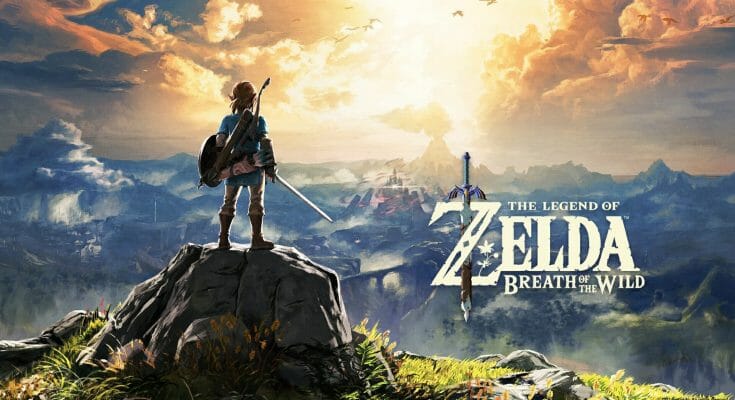 The Legend of Zelda: Breath of the Wild is one of Link’s most epic adventures in the world of Hyrule. This installment takes place in a distant future of The Legend of Zelda series where the Scourge, Ganon, took control of Hyrule 100 years ago. Link, the main character of the game, is awakened by the voice of Princess Zelda, who implores him to save Hyrule from the clutches of Ganon. Link is thrown into a world where everything is accessible to him, if he has the patience and courage. Here, the term Breath of the Wild refers to this world that is full of nature, but also to the many discoveries that Link can make in his quest.

The difficulty of the game is well balanced. The first 45 minutes of the game are located in the Prelude Board a closed area that serves to show Link all the mechanics of the game, one after the other. Once out of the board, the game world is fully available to him. When Link doesn’t have enough attack power to defeat an enemy, he can always use his creativity and environment to make it happen. He may also decide to flee the fight to return when his equipment is more powerful.

There is an Expert mode that is unlocked with the purchase of downloadable content that offers a much more intense challenge for those who wish.

Link fights monsters with swords, spears, axes, etc. There is no blood. When Link is hit or defeated, he screams in pain. When the enemies are defeated, they disappear into a cloud of smoke. Some enemies, especially the bosses of the game, could scare younger children because of their rather scary and creepy appearance.

The game emphasizes the values of caring, courage and determination. However, some female characters have revealing necklines, and some cutscenes put Zelda in vulnerable situations where she must be saved by Link. Another cutscene does not hesitate to show Zelda, on 4 legs, on the ground, wearing tight pants, with a view of her behind. However, these cutscenes are very few and very short, and the game focuses more on Link’s quest and exploration.

There are a few tutorials that need to be read. Most mechanics are learned by experimenting in Link’s physical environment.

It is possible to buy the expansion pass (explained below) which adds several hours of gameplay as well as several cutscenes.

Although the game shows the mechanics of the game quite gradually, it will be necessary to use all the buttons of the controller in order to perform.

Link wakes up in a futuristic-looking bed inside a closed room. To get out of this room, he will have to take the Sheikah tablet, a tool that will be very useful to him throughout his quest. Once out of the room, the game shows a view of Hyrule’s vast open world.

First, the player is confined to the prelude Board section, in which he will have to complete sanctuaries (mini dungeons). These mini dungeons serve to explain the basic mechanics of the Sheikah tablet that will be used throughout the game. The Prelude Board is in a way a tutorial of the game in which Link experiments with his skills.

Once the player has completed the sanctuaries that are on the Prelude Board, he will have access to the parasail, which allows him to hover above the ground. Link will use the parasail to get out of the Plateau. Thus, he will have access to the open world and he will be able to explore it as he pleases. The player may decide to continue the main quest, explore the world in order to find and complete many shrines (there are about a hundred), and complete side quests, which often involve helping non-player characters with their problems.

If desired, the player can go directly to the final boss of the game to try to defeat him. This proves to be a real challenge even for veterans of the game. For beginners, it is advisable to start first by following the objectives of the main quest.

Although Link is free to go wherever he wants in the world at any time, he can see in the main menu ( + button) the objective of the main quest and those of the side quests.

Link will stumble, by chance, on a panoply of sanctuaries (there are a little more than a hundred). These are optional, and serve to increase Link’s life or stamina.

The main quest will lead Link to dungeons that are bigger than the sanctuaries. Link will have to defeat a boss at the end of each dungeon. There are 4 dungeons (a 5th unlocks with the purchase of the expansion pass).

In his adventure, Link will discover several kinds of equipment:

This equipment has limited durability, which means that it breaks when used too much. The world is filled with weapons that Link can find. The game makes sure that an unlimited amount of these are findable, so one should not be afraid of running out of weapons to defeat enemies.

Link will also find armor that offers him different effects (protection against cold, against hot, etc.). These armors, unlike weapons, do not break, Link keeps them forever once they are found.

There is only one game mode that includes the main quest and side quests.

The expansion pass allows you to add content to the game. Here’s what it contains:

Pack 2: Ode to the Wonders

This game is considered by several players all over the world to be one of the best video games of all time. The game diverges from the usual Zelda series by offering an extremely large open world filled with things to discover. The game requires the player to be creative in how to solve puzzles, which contributes to the charm of the game. This is because two people who are both in the same place in the game may have used completely different paths to get there. There is no one way to solve quests. However, if the player wishes, he can simply follow the quests in the main menu in order to have a simpler game experience in which he is held by the hand.

The controls of the game, however, are quite complex. Most sanctuaries require mastering all the buttons on the controller: if the player decides to rush at enemies to defeat them, his weapons will break and he will be defeated by the enemies himself. The player must use the mechanics of the Sheikah tablet to navigate his environment, but also to find other more creative ways to achieve his goals. For example, to defeat a monster, the player can decide to crush it under a rock, set fire to the grass under his feet, throw bombs at him from the top of a tower, or walk gently behind him to give him a deadly blow, neither seen nor known.

The beauty of the game really lies in the creativity that the player will have to use to navigate his environment and achieve his goals.

More information about the game: Official page on Nintendo’s website