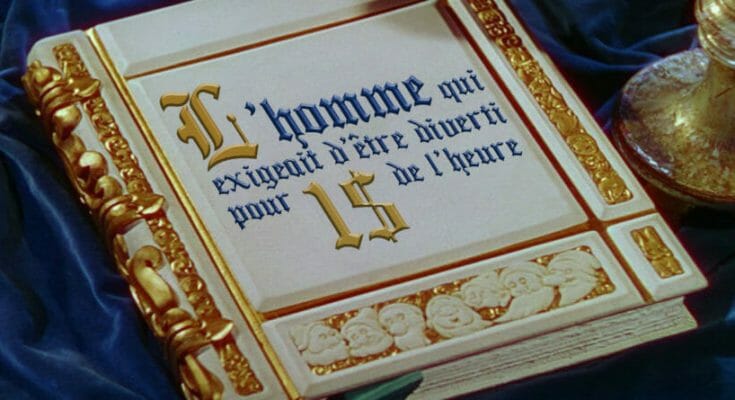 Hi there, friends ! Are you ready for a fantastic tale about video games, consumer society and non-compliance with art? That’s a good thing. Today I will tell you the story of the man who demanded to be entertained for $1 an hour.

Once upon a time, one evening more precisely, I had just finished the incredible indie game Far Lone Sails. A short but unforgettable game that succeeds where so many others have failed. Amazed by the experience, I want to see the reaction of people, their theory about the end and the world of the game, and revel in some fan arts by visiting the Steam community.

It is here that the protagonist of the story, let’s call him Jay, who hits me head-on with the title of his article entitled:

Basically, he requires a game to entertain him at a rate of $1 an hour, otherwise he does not buy it. Poor Jay.

His life is a tragedy:

good. I laugh a little about this Steam user, but I have nothing against him. He’s probably a good person, I don’t know. On the other hand, this mania that some gamers have to compare the monetary value of a game to its duration, it inspers me. This attitude is the cause of several major problems present in today’s games:

When I FINALLY completed the main quests in Assassin’s Creed Odyssey, I was 65 hours away. Was each of those hours fun? Of course not: repetitive quests, sets that vary little on the huge map, almost identical forts. It’s a good game, but its lifespan is too long. Before Origins, Assassins rotated around twenty mandatory hours, which could stretch (if the heart tells you), with optional missions. I don’t blame Ubisoft, I blame the players. They are the ones who demand more and more for their money, and a studio simply does not have the financial means to make each mission completely unique. That’s what the players are asking for.

Because games like Far Lone Sails, but also Grey, Gorogoa or Return of the Obra Dinn are not made to last forever. Their concept is simple and concise, and that is their strength. Stretching their originality over tens of hours would be a disaster. Otherwise, these games would have to introduce new concepts regularly so as not to be boring, but that’s to:

According to TrueAchievements, only 33% of players got the secret success “Redemption” for completing the game. 28% of the players completed the epilogue. Critics and players will praise the length of the game, because “it justifies the price” according to them. This is one of the reasons why Rockstar employees had to work like crazy (at least, according to web rumors).

4 – Encourage other sources of income such as microtransactions

On mobile, players ended up finding that a dollar for a game was too expensive. This is where free-to-play and its microtransactions were born. If PC or console players decide that $80 for a game is too expensive, it’s no surprise to see more and more titles drop in price quickly and try to recoup costs with season passes, microtransactions and DLCs. Is this really what we want in the future?

5 – Spread narrative games in favor of rogue-like and multiplayer

Because I’m always told the same thing: “Rocket League, it’s worth its price because you can play it endlessly.” Does that mean that narrative games should cease to exist? None can compete with the “infinite” time of a Rocket League. The Binding of Isaac at $50 on Switch also apparently passes, while any other independent game at the same duration will be considered a scam when it exceeds $15.

Basically, the counter-arguments I always get often come back to “games that don’t interest me don’t deserve to exist or make a profit.” (Every time I mention the Xbox, the VR, David Cage or the walking simulators,it’s always the same). It is then a matter of personal taste rather than a questioning of the legitimacy of the price. In the cinema, the price of admission is the same for all genres of films, right? A $20 narrative game or a rogue-like at the same price: both are perfectly acceptable.

We’ve never been so lucky

Funny, NES games cost an average of US$30 to US$50 when they were released. With inflation and the conversion to Canadian dollars, that gives us a nice total of $78 to $130. Let’s remember that most OF the NES games didn’t offer a ton of content and took advantage of a ridiculous difficulty to extend their lifespan.

Super Mario Bros. 3, sold 17 million copies, was developed by a group of 13 people. The cost of development and its profit, have nothing to do with today’s games.

By comparison, Red Dead Redemption 2 (which coincidentally also sold 17 million copies in its first weeks), required 7 years of development and more than 1,000 employees. Its budget is estimated at $944 million (including marketing). It is easier to understand why DLCs and microtransactions are difficult to avoid.

Sold at the same price as a Super Mario Bros. 3 in 1988, it probably cost 943 million more than the NES game to produce.
13 people is also the size of an independent studio today. According to calculations by Mike Rose, developer of Descenders, the average independent game in 2019 will sell about 2,000 copies, which total $30,000 in revenue in the first year. And we know that this developer took more than a year to develop his game, and that he’s probably not alone.

dollar. Time. For an employee of this fictitious independent studio of 13 employees.

With these numbers in mind, do you still find that your unforgettable 3-hour independent game isn’t worth its admission price? Would you agree to do your job for $1 an hour? It’s a bit of an exaggeration, but you understand the idea.

Of course, when I feel like I’m getting my money’s worth, I’m satisfied. That’s always a positive. The problem is when you put the duration (or graphics) as the main point to judge if a game is worth it.

Looking at the wall is free. To have an unforgettable experience has value.

A value greater than a dollar an hour.

This text originally appeared on Multijoueur.ca and was reproduced with the kind permission of its author.