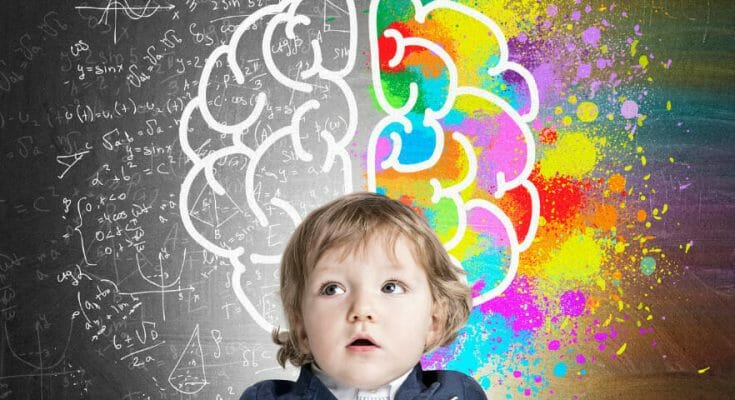 The first article is available here: Video games and brain development: is it possible?

Video games and the brains of young people!

Among populations of children and adolescents, there is a majority of studies oriented towards “addiction problems” and “addiction to games”. Several studies nevertheless indicate that beyond a possible disorder related to video games (See article: Addiction to Video Games: Separating The True From the False!),there would be benefits on cognitive functioning.

A study carried out at Istanbul University by Özçetin and his research collaborators, among 46 young adolescents aged between 10 and 16, looked at the effects of video games on the hearing and visual performance of young people. An experimental group (players) and a control group (non-players) were compared.

Youth with attention disorder with or without hyperactivity, autism or intellectual disability (IQ less than 80) were not included in the study in order not to distort the data.

Young people were asked to play video games at least once a day, five days a week, for a full year, in order to assess the impact of the number of hours of games, the IQ, the player mode and the type of games played on the cognitive functioning of young people.

By the end of the study year, the experimental group (those who played) had better results on visual memory and selective attention tests, but lower results on mental flexibility, verbal memory and speed of inhibition tests than non-gambler adolescents.

Two meta-analyses led by the University of Geneva would have identified an improvement in the cognitive abilities of players compared to non-players. However, not all genres of video games would have positive impacts.

Among the different genres listed in the previous article (See article: Video games and brain development: is it possible?), action video games (shooter, war, zombie game) have demonstrated interesting results in improving cognitive abilities, such as spatial attention, the ability to manage several tasks at the same time and the ability to change our actions according to predetermined rules. Activating several parts of the brain and different cognitive functions simultaneously in action video games would have a positive impact on the cognitive development of the brain compared to non-players or game players of other genres, for example: strategy or control games.

Video games and the brains of the elderly!

Studies in neuropsychology are increasingly interested in the use of video games for the prevention of cognitive loss related to the natural aging of the brain and the development of neurological disorders.

Thus, memory loss, dementia and memory impairment could be slowed down or mitigated through better cognitive performance. These performances are acquired by brain training, in particular possible by IQ tests, board games, but also by video games with more or less realistic simulation environments.

Some studies in neuropsychology have observed that strategy games, such as failures and cognitive tests, are often not stimulating enough to create a real impact on our cognitive functions. Action video games thus seem to be the most cognitively stimulating games for populations between the ages of 8 and 65.

The special effects, cutscenes and the constantly active visual environment make it possible to constantly stimulate the visual system and the player’s attention, thus forcing him to make precise, fast and simultaneous decisions.

This simultaneous action would be an important factor in the activation of cognitive functions and the enhancement of information processing abilities, helping to prevent the decline of brain plasticity in the elderly, the problems of schizophrenia, post-traumatic stress disorder and Alzheimer’s disease.

Some studies have also evoked a possible rehabilitation of working memory and neuromuscular pathologies by visual stimulations, coordination and processing of visual and affective information present in action games.

Thus, video games could have beneficial effects on the prevention of cognitive loss related to the aging of the brain and the presence of neurological disorders. Again, the effects depend on the genre of video games played. Studies also tend to suggest a combination of active video games incorporating intellectual stimulation and physical exercise.

The other side of the coin?

Despite what appear to be positive results in preventing cognitive decline, studies have shown simultaneous negative effects, such as atrophy in certain parts of the brain.

A study carried out in psychology at the UdeM identified that video games could promote a decrease in gray matter in the hippocampus of players; this could cause depression, schizophrenia, post-traumatic stress disorder and Alzheimer’s disease.

The study does raise beneficial effects of video games on the visual attention and short-term memory of gamers, but at the same time indicates negative effects on hippocampal atrophy.

What is the hippocampus? It is a part of our brain that takes care of, among other things, our orientation, our spatial memory and the management of our memories.

The difference between these two games?

The loss of the fundamental mechanism of spatial learning; the ability of players to create landmarks in space. Thus, action video games designed without GPS or navigation aid help help to promote spatial learning in the game. This learning mechanism directly increases the gray matter during the game. Conversely, an action game in which one has to rely on visual maps or a predetermined course would promote atrophy of the hippocampus.

Fortunately, some tricks allow, all the same, to play action games while working on your spatial learning strategies, such as setting landmarks in the levels, not relying on the GPS system to find your way around or alternating space travel means.

To conclude, the field of research on brain development and video games is still young. The studies show mixed results depending on the age of the players, environmental and social factors, the type of video games and the presence or absence of neurological or psychological disorders, but the majority of them agree that video games have an impact on the brain.

One thing to remember is to properly select the video games that we want to play while being aware that there are impacts on our cognitive functions, and then to evaluate the relevance of worrying about these impacts, in comparison with the pleasure of playing and the well-being that the game can bring us.