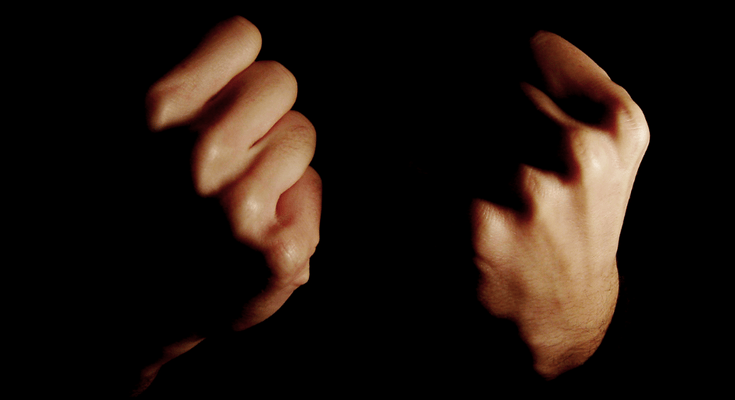 Does your young person tend to get upset during a League of Legends game? to get angry after a defeat in Fortnite? He seems to be having trouble managing his anger and you don’t know how to act to help him? Here are some possible solutions to try.

A concern that is very present among parents

One concern that is often brought into discussion with parents is this fear that their child will become violent, aggressive or angry while playing video games. Sometimes, some parents even consult to help their child manage his emotions, control his impulsivity and learn to refocus when they have outbursts of anger.

So, to the question: do video games make violent? The answer cannot be dichotomous.

It is not a “yes” or a “no”, but again a nuance and an adaptation according to the child, his temperament, the game, the circumstances … I invite you to consult the articles on the concept of addiction in games to know more about this subject.

At the very base, very few video games have the objective of increasing the aggressiveness of players, it would be neither seller nor socially accepted. On the other hand, indeed some games are not suitable for all audiences.

The best example I like to address during training is this:

Let’s compare Minecraft and Grand Theft Auto, two video games accessible on different platforms and accessible to several players. There are no good or bad games, but games that are less well and better suited than others. Let’s look at both.

Minecraft is an open-world game, whose graphic composition is of the voxels (cubes) type, featuring humanoid players, but not necessarily having well-defined human traits or genres. The mission of this game is to modify cubes at will in order to survive as long as possible. There is no death, but rather a loss of resources and a “reappearance”. The content is accessible to all, addressing crafting, construction, resource management and transformation.

On the other side, we have Grand Theft Auto, an action and adventure game, whose mission is to progress as a criminal, take revenge and gain power. The content is mostly oriented for adults. The game addresses the themes of sexuality, prostitution of the characters, violence, drugs and haggling. The game also allows gestures to kill characters, steal, roll on people…

Is Minecraft a good game and Grand Theft Auto a bad game. No.

However, the Minecraft game is a well-suited game for young children, teenagers and adults. While the game Grand Theft Auto is a game better suited for adults and very little suitable for children and teenagers.

Thus, the first thought to have regarding the violent, aggressive or impatient behaviors of our child is to observe what games he plays? Are they adapted to his emotional and cognitive development? Are these games that address themes that are suitable for this age?

As clues facilitating the answers to these questions, poorly adapted games can trigger emotional reactions in young people, such as annoyance at a level of play that is too difficult, disappointment in the face of constant failures, sadness at not being up to the game, anger at being “beaten”, emotional fatigue, loss of motivation, regular use of language that is ill-suited to the home, the beginning of aggressive or rude behaviors…

Studies have shown that games that are poorly adapted to an audience will not necessarily increase immediate aggression, but have a significant impact on the emotional and cognitive development of young people and will have a long-term impact on desensitization to violence and the increase in reactive gestures in adulthood.

Thus, prevention by offering well-adapted games to your children, is a first step towards good emotional management.

I often say: knowledge is power.

This sentence can be interpreted in several ways, but in the context of this article, let us keep in mind that the more we develop our knowledge of a situation, the better we can understand it, and thus react to it and intervene appropriately when necessary.

By integrating this, the best way to help our child manage his anger, is to understand what anger is, understand the tools and techniques of emotional management and understand how to implement them ourselves.

Some researchers identify 6 basic (primary) emotions called universal: joy, anger, disgust, sadness, surprise/shame and fear. There would be primary emotions and secondary emotions (triggered by the reactions of others). When we talk about primary emotions, we are talking about immediate affective reactions that do not require anticipation or reaction to the mental states of others (Palama, Theurel, & Gentaz, 2017).

Anger is thus a basic emotion, which is universal and acceptable. Often associated with negative and pejorative emotions, anger is usually frowned upon by people.

And yet! Anger is a healthy and active emotion, in that it gives us the energy and “strength” to move forward, assert ourselves and name our limits. Anger is a good emotion that allows self-development. It is thus the behaviors and reactions to anger that can be misadjusted or poorly expressed.

As a parent, your role can then be to validate our child’s emotions, encourage them to express them healthily by showing alternative examples, set an example by being a model of healthy anger management and reassuring their child in case of anger.

How to manage anger?

Let’s go back to these concepts:

It’s hard to conceive, but all emotions are good. An emotion is a moment for our body to communicate with us to inform us of our state of balance (homeostasis). Thus, when we are dissatisfied with our basic needs (e.g. eating), our body sends us an emotion to help us understand that something is wrong (e.g. annoyance). Anger being a good emotion to inform us of an injustice, a conflict, a disappointment… it is important to validate it when our child is experiencing it, for example: “I see that you are angry, it is okay to feel angry sometimes. I, too, sometimes feel angry. Validating our child’s emotions is a good starting point in managing their emotions.

2) Encourage them to express it healthily by showing alternative examples.

When we identify an emotion and it is validated, it is then easier to express it correctly. In children, they do not necessarily have the right words and the ability to express it alone. Thus, parents can guide them by naming different synonyms (e.g. angry? Upset? Disappointed?). It is also possible to use emotion management tools, such as the anger thermometer or a list of emotions.

3) Lead by example by being a model of healthy anger management.

The parent is the best role model for these children. A parent who names his anger (eg the situation makes me angry) and who names and shows the good behaviors to have to manage his anger, is an effective way to help his child in the management of his anger (eg this situation made me angry, I need to calm down, I will take this pillow and scream in it… I will take 3 big breaths… I’m going to go for a walk around the house).

4) Secure your child in case of anger.

Experiencing strong emotions like anger also scares children. A child who does not feel emotionally validated and is reprimanded for experiencing anger may feel insecure and afraid to express themselves. One way to avoid this and help your child is to create a safe space for acceptance and listening when our child is experiencing emotions. It is also possible to create an “emotional management space”, such as a tent, a teepee, a cave of cushions in the games room, a small quiet space in the room, etc.

In short, we can remember that all emotions are good, even anger! However, it is important to secure and validate the emotions of your child, to support him in the expression of his emotions and to show him the example. At the level of games, very few games aim to increase youth violence, but some games are less suitable for young people. It is then important to check the games we buy from our young people. A poorly adapted game is a game that addresses themes that are too mature and whose game mechanics may be too complex for the age of the young person, which can increase the player’s anger.

Let’s keep in mind that every parent does their best, and that it’s hard for parents to “control everything” about their children’s gaming video content. So let’s do our best to help our children live well and manage their emotions.