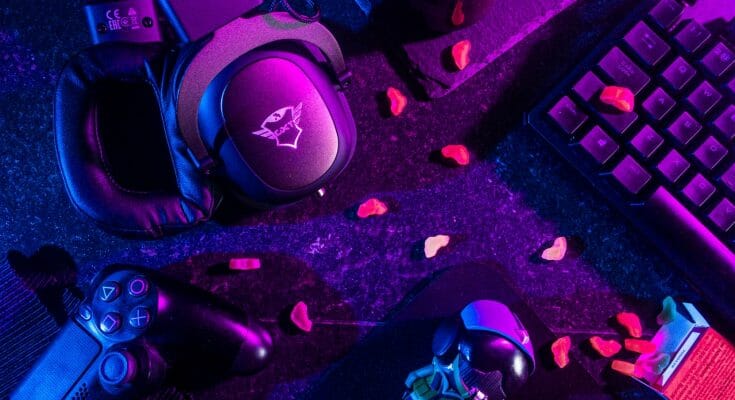 The twitch live streaming platform no longer has to prove itself among listeners: the platform attracts millions of viewers every day. Influencers like Ninja, Pokimane and xQC attract millions of subscribers interested in video games.

All this to say that, if you are in charge of a child or teenager, this one is probably already using Twitch. You may be wondering: should you talk to him or her and set boundaries? What are the risks associated with Twitch for young users?

First of all, as we mentioned in our last article on the subject, because of the live format of the platform, it is impossible to predict whether the content broadcast will remain “appropriate” for the age of your child. There are also not really channels or influencers that specialize in content for the youngest, by the way: Twitch targets an adult audience.

In general, we recommend that you wait until your child is 13 years old to give them access to a platform like Twitch.

Sexual predators and harassment on Twitch

As on many digital platforms, including Discord,young teens can be targeted by sexual predators and stalkers.

Journalists found that several young girls and teenagers who used Twitch to broadcast were easily identified by predators who wanted to get in touch with them directly. On similar platforms, such as YouTube, influencers have used children’s-friendly games like Minecraft and Fortnite to attract a young audience and become “friends” with teens to get compromising photos and share child pornography.

Beyond that, Twitch also has a big problem with sexual harassment and harassment itself. Influencers, specifically, are often sexualized and threatened by online users. In 2020, in parallel with a series of denunciations of the #MeToo movement, several Twitch channels and users were expelled from the platform. Twitch has since stepped up its measures to counter harassment, but the problem persists.

Generally, these problems are less serious if the child is just listening to the broadcasts: anonymity is an advantage here. However, several young teens want to get into broadcasting on Twitch. In these cases, here are precautions to take.

What if my child wants to stream on Twitch?

This is common: young people see their idols playing their favorite games and will ask themselves the question “what if I did that too?”

If your child approaches you about streaming on Twitch and is over the age of 13, in our opinion, your answer should not necessarily be “no”, but rather “yes, but…” »

What we have covered in this article should serve as a warning for you and your child, especially if your child is a young girl or teenager. However, streaming on Twitch can prove to be a fascinating creative experience for your child. If the latter is motivated to broadcast on the platform, we believe that you should help him accomplish his goals. More than that, if it’s something that motivates your child, you can work with them to allow them to do what interests them safely.

Online platforms like Twitch can encourage your child to be creative, help them unravel, or allow them to learn for themselves talents that will stay with them for the duration of their lives.

What are the precautions to take when streaming on Twitch?

1. Discuss the risks with your child

Harassment is a constant reality for all influencers (and especially influencers)who use Twitch. Your child needs to understand that malicious people can use the platform to harm them, obtain personal information about them, or compromise photos. Your child should be educated about this, if they want to get into broadcasting on Twitch. This point is even more important, sadly, if your child is a girl.

2. Control (if necessary) the time dedicated to broadcasting

Streaming on Twitch can eat up time that would otherwise be dedicated to more important things, like schoolwork. Make sure your child does not abuse this activity at the expense of other aspects of their life.

You and your child should familiarize yourself with Twitch’s moderator display,so that you can ban stalkers or predators who visit the broadcast. Your young person should feel confident in recognizing and banning problematic users. In addition, we recommend, especially if your teen is younger, that a trusted adult also be endowed with moderation powers and that this can also moderate comments. The presence of an adult is not always necessary, but can be useful in certain situations.

4. Understand that not everyone succeeds

Finally, as in many projects of this type, it is important to understand that Twitch is not a shortcut to fame. 90% (if not more!) of broadcasters on Twitch are unknown and attract at most a few dozen viewers. Let’s put it this way: your child won’t become famous by playing video games on Twitch, or, at least, they won’t become famous without working on it.

Our goal is not to be defeatist, but rather to emphasize the idea that your child should broadcast on Twitch for the sake of doing so, not because they want to become famous. This will avoid disappointment when its first broadcast is only seen by a few friends, at most.

By way of conclusion

Is Twitch safe for kids? Generally, yes, especially for spectators. Apart from content that is potentially inappropriate for younger people, the content is not necessarily “dangerous” for a teenager. That being said, like many online platforms, Twitch has a persistent problem with stalkers and predators, especially if your child wants to stream. We encourage you to talk to your child about these issues and make them understand the risks associated with the platform, without necessarily preventing them from watching these favorite influencers.