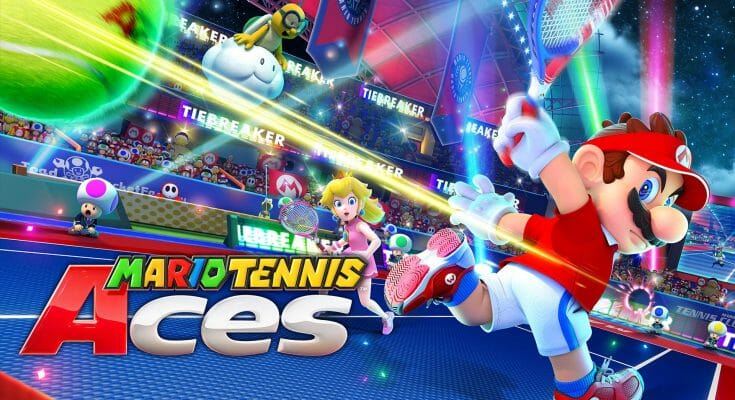 In Mario Tennis Aces, play tennis games with characters from Mario’s universe. Play with or without superpowers, in many game modes, alone or in doubles, with the buttons of the controller or by moving a joy-con.

Infinite game, as long as there are competitors locally or online.

Sometimes the tennis ball touches one of the characters, in this case the one, the one frowns and the match is interrupted. That’s all, nothing more.

Requires time to learn and train.
Each player will have to go through the tutorial in story mode to understand what is going on.

Play as one of the characters in Mario’s universe and play against the computer or against human opponents in tennis. You can choose to play with or without the superpowers. Some tennis courts also have features such as mirrors that teleport balls or changes in properties for ball bounces.

Mario Tennis Aces can be played from 1 to 4 players simultaneously in the local, whether solo or double.

A story mode for a single player that lasts several hours.

This varies depending on the time of year: Sometimes you play the controller, sometimes with a single joycon. Can be played from 1 to 4 players. These are wacky challenges with original conditions.

Play according to the rules and conditions you want. Characters and tennis stadium of your choice. From 1 to 4 players. It is also possible to play with several Nintendo Switches in this mode. Each console must then have its own copy of the game

Hit the ball so that it crosses multiple rings scattered on the tennis court. From 1 to 4 players. Playable in cooperation.

Play tennis games by moving one joycon per player. Like Wii Tennis / Wii Sports in the time of the Wii. From 1 to 4 players. Playable in cooperation. Playable with several Nintendo Switch consoles as well. Each console with its own game.

You can play between 1 to 3 players on the same console and play with opponents online.

Participate in an online tournament against human opponents. Can be played in cooperation with a second player on the same console.

This varies depending on the time of year: Sometimes you play the controller, sometimes with a single joycon. Can be played from 1 to 4 players. These are wacky challenges with original conditions.

Play according to the rules and conditions you want. Characters and tennis stadium of your choice. From 1 to 4 players.

Mario Tennis Aces is a very complete tennis game that however requires a few hours to learn how to play it. Many events will be a challenge, even for the most experienced players.

Many configurations, game modes, and characters from The Mario Universe are available. 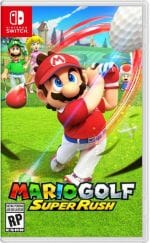 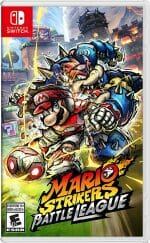