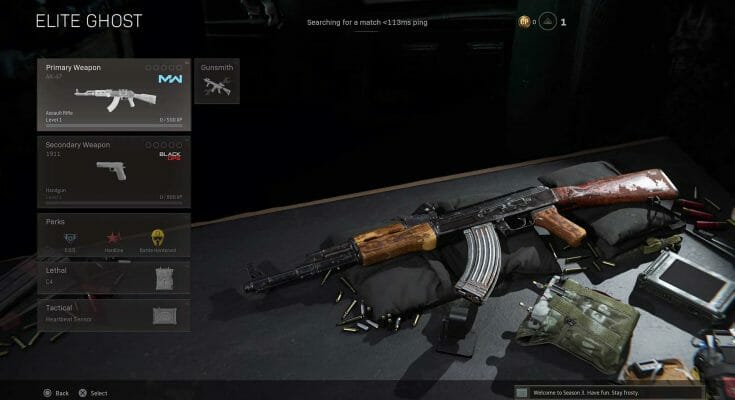 Today we ask ourselves the question of the idealization of firearms in video games. With every news of mass killing, I stress. I read the articles carefully to make sure that my friends in the United States and their children are safe and sound. I have neither the desire nor the need to experience such stress and drama, like all of us. However, mass killings occur very frequently, there are several a day. In this country, weapons are available over the counter.

We have all been aware of the existence of firearms since a very young age. We have seen them in our cartoons (Looney Tunes), in our movies, books, video games and comics.

The image of the lonely hero shooting down an army of villains is a cliché of popular culture that can be found in all media. The military is idealized, they will go to war in foreign countries to “bring democracy”. The works featuring police, military or heroes with a firearm are innumerable.

The case of video games

The characters with a pistol or rifle taking heroic poses on the covers of video games are numerous:

Some games are recommended for adults, others for teenagers. That’s for the theoretical side of the recommendations. In practice, many parents let their children and teens play adult games. [1] [2] [3]

This can happen for multiple reasons:

However, most parents would not agree to let their children read an adult book, or watch an adult movie.

That’s why at Split Screen we try to inform about the content of the games, whatever it is.

Playing a video game that is violent or has guns, does not suddenly turn players into killers.

Players are simply exposed to another point of view, a new vision: a vision in which the protagonists solve their problems and forget their misfortune by shooting their opponents.

Moreover, this is timely since the goal of the game is to eliminate opponents with firearms.

If the most impressionable players only play shooting games for extended periods of time, they may only know this way of solving problems in real life. This trend is compounded when firearms are available over-the-counter in the country.

The influence of popular culture on society is something documented. [4] We focus on the fantastic characters we embody, that we follow through episodes, series, games. Sometimes we even disguise ourselves as our favorite manga, comics, games or TV series character. When a music video (Gangnam Style for example), a series (like Squid Game ) or a game (such as Fortnite) are a hit and meet with great success, it influences the rest of society. The number of mentions, parodies, plagiarism explodes.

On May 14, 2022, a mass shooting took place in Buffalo, New York, USA. During this event, the killer broadcast a live video of him showing his weapon in first-person view, in the manner of many shooting games. [5]

The killer broadcast the video of his massacre live on Twitch, the content streaming platform of video game players owned by Amazon. See our articles about Twitch:

Gamification on Twitch: combining play with the enjoyable

Do you know what an SMG is? A submachine gun.

An RPG? A Rocket Propelled Granada

I know, I know what all these weapons look like as well. What for? Because I’ve played thousands of video games, and we meet them often.

What is it for me? In games, you often have to choose with which weapon to go on a mission. Know which one to use depending on the situation. Naturally, the behaviors, appearances, and names of weapons in games resemble those of real life.

In games, therefore, in some cases it is product placements for firearms. As simple as that. I could go to a gun shop and know which one to get.

The U.S. military has understood this vein and has even launched its own series of video games:America’s Army, in order to recruit players to strengthen its ranks. This series lasted 20 years (2002-2022), and the games were then free and downloadable. They were also available at air shows, amusement parks, and sporting events in the United States.

In addition, each series of games has its own opponents: other human players, Nazis, Russians, Muslims, zombies, aliens…

It is, of course, very disturbing to practice virtual genocides on populations representing real peoples. Some games give no context, no reason, or distort reality or representation of it, in order to instruct players to specifically kill a population.

Some unscrupulous developers were particularly indignant in their way of representing certain nations, of giving the goal of killing innocent civilians or soldiers in the games they had created. Amalgams are numerous, and are considered voluntary on the part of developers.

Because of this, video games can be used as a propaganda tool.

As said, I’ve played thousands of video games with guns. From Doom to Fortnite, through Duck Hunt, Point Blank or Time Crisis.

I do not question their qualities, nor the fun they provide. Sometimes this brings new mechanics then reused in other games. The action itself of aiming at a target on the screen is a lot of fun, whether it’s with a plastic gun or a controller.

And players make no mistake, among the best-selling games every year is the Call of Duty series. So much so that its publisher Activision-Blizzard has decided to dedicate all its teams to the development and creation of titles for this series, to the detriment of all their other franchises. [6]

Every night, whether on Fortnite, Call of Duty or PUBG, millions of players gather around the world to play a game together. Friends also like to be in the evening, to relax after their day of work. Virtual tribalism in short, but also a catalyst, and a release.

Competitions exist around these games for the best of them. Some even manage to become professional players.

No, I’m not talking about banning or censoring anything.

No, I don’t blame video games for anything.

I talk about video games in this article because the site is dedicated to them. Examples abound in other media as well.

This text is written to reflect on our relationship to firearms in society. There are many other ways to interact in society, than to injure, kill, take lives or destroy families.

Faced with this avalanche of violent content that we see landing in the bi-annual conferences of advertisements for video games, some developers, mostly independent, have mobilized.

They created their own conferences: the Wholesome Direct. It only announces and advertises games that take place in caring environments.

The publisher and manufacturer, Nintendo, is making efforts to balance its conferences with content that is sometimes benevolent, sometimes violent, from third-party publishers.

But the question remains: is it possible to rethink our interactions in games other than with a pistol or a rifle? Can we create a fun and well-selling game without the weapons? Nintendo succeeds, but the company acts as an exception.

Even in Minecraft, or Roblox, there are many modifications or mini-games that suddenly allow you to get a gun for your character, and shoot at the environment and players.

It is therefore necessary for parents to stay informed of the games on which children spend their time, as well as to teach them how to separate the media from reality: what tasks should he/she perform in the game? In what context? What for? etc.

If you are affected by the news, there are several types of help and resources in Quebec, Canada.

Shelters of the Gamer

[4] Medium – the News Well – Impact of Pop Culture on Society

Featured image: Screenshot from the game Call of Duty Warzone.

Why is my child fascinated by MrBeast on YouTube?