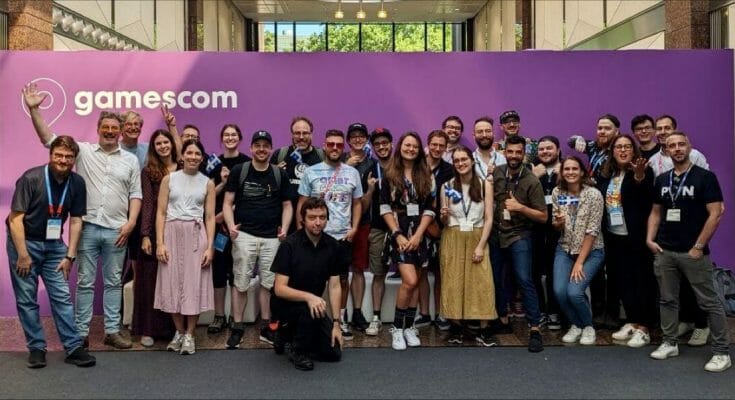 Gamescom took place from 24 to 28 August 2022 in Cologne, Germany at the local convention centre: Koelnmesse. Gamescom is the abbreviation of Games Community.

Gamescom is a name that brings together many events:

It is therefore a huge organization, which requires hundreds of volunteers in addition to employees.

In the business halls dedicated to B2B (Business to Business), the stands were dedicated either to companies or to countries. So we had booths for Razer, Microids or DotEmu, but also booths for games created in Denmark, Indonesia, France, Italy, Belgium, and you see where I want to come: in Canada.

Canada had a pavilion (or stand) very well located, centrally, composed mainly of games from Quebec.

Our colleagues had plenty of time to present their latest productions to the world.

It is the work of a huge work carried out jointly by:

And I thank them for including Shared Screen in their initiatives.

Some interviews are available in French and English, others only in French or English. This naturally depends on the language of the interlocutor.

And that’s not all for Quebec, because Indie Asylum , a group of independent video game studios also had its own stand!

This time, located in the entertainment/commercial area of GamesCom (thus accessible to the general public), the Indie Asylum showed the following games to the world :

Some studios like RageCure Games was not strictly located on one of these 2 stands but are still included in the first playlist.

The Lucid Dreams studio had the chance to be present on the 2 stands, and in addition to being highlighted by IGN, the largest video game media in the world to announce their game Biomorph.

And finally to see what the vastness of Gamescom 2022 looked like, here are some videos:

Gamescom was an opportunity to federate a good part of the community of Quebec video game developers; indeed many people got to know each other in Cologne, and especially to promote Quebec and Canada at an international level.

And all this trip would not have been possible without the support of LOJIQ – Les Offices Jeunesse Internationaux du Québec , which I thank again.