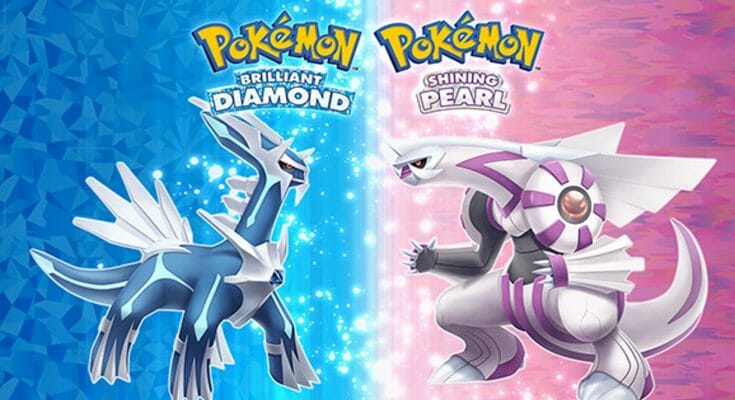 Discover the new generation of Pokémon in this opus (Pokémon: Pocket Monsters). Become a Pokémon trainer, choose your starting monster, and go on an adventure in the Sinnoh region and discover the mystery behind the legendary Dialga and Palkia.

The game is almost infinite. When the main adventure is over, there are still multiple quests to complete, hundreds of Pokémon to raise, and many challenges. It’s multiplied if you play with your friends and online. On the other hand, the game can become repetitive, since it consists of using the game’s mechanics again and again: catching new monsters and exchanging them with friends.

The beginning of the game is easy, but it will take perseverance to get to the end of the adventure. After that, many challenges with all levels of difficulty will be available. The difficulty of the game gradually increases.

The vast majority of non-player characters will help the player by encouraging him in his quest and giving him useful objectives. Only the bad guys and rivals will show hostility, but nothing very important. This episode contains more ethnic diversity than the others, but this is not an aspect that is put forward by the game. It is possible to choose your gender (male or female) and choose the color of your skin from a limited color palette.

⚠️Attention Pokémon Brilliant Diamond and Pokémon Shining Pearl are the same games. They have some minor differences among the available Pokémon and in the story, but only one game is required.⚠️

It is possible that the advertisements on the internet state that in order to get the “full game experience”, it is necessary to buy both games. As stated above, only one game is required. The two games are interchangeable.

It is a role-playing game in which players take on the role of a Pokémon trainer trying to become the champion. To become the champion, he or she must obtain the best Pokémon and have them triumph in battle. Players explore the fictional region of Sinnoh, based on the Japanese island of Hokkaido, and engage in turn-based battles with other trainers.

The two biggest mechanics are Pokémon battles, as well as Pokémon capture.

As far as battles are concerned, they are caused by wild Pokémon. The player can find wild Pokémon by chance, in the tall grass (which is represented by bushes on the game screen). Characters can also provoke battles.

When a player battles a wild Pokémon, he or she may decide to try to capture it with a Pokéball. The weaker the wild Pokémon, the higher the chance of capturing it. Pokémon differ from place to place, so it is impossible to predict in advance which Pokémon will emerge from the bush to start a battle. However, the player will quickly realize that there are patterns: some Pokémon are only found on water, in the mountains, in the forest, etc.

In short, the character will navigate through the region trying to catch new Pokémon, battle against Pokémon trainers, defeat the villain of the story, and become a champion.

These games are remakes of the Pokémon Diamond and Pokémon Pearl games that were released for the Nintendo DS in 2006. For those who played the original games, it should be noted that these remakes are quite similar to their original games.

The essence of the game, the main quest: defeat the villain and become champion. It is played without the need for an internet connection. It is a linear story. As the story progresses, two game modes are unlocked: the Great Undergrounds and the Super Show Contest.

After the first few hours of the game, you’ll find an explorer’s kit called Explorakit, which allows you to explore the subterranean areas of Sinnoh. They consist of several biomes connected by paths. Each biome offers a chance to capture different Pokémon. Unlike in the normal game, the Pokémon do not appear on the bushes, they can be seen walking freely in each of the biomes. A biome is an enclosed area, which contains several types of Pokémon.

It is possible to play this mode alone or with friends. Everyone must have a console and a copy of the game (either Brilliant Diamond or Shining Pearl). Unfortunately, the game does not mention the maximum number of players who can play at the same time in the Great Undergrounds.

The game mode unlocks later in the story, it will take a few hours of play before you can access it. This game mode is a mini rhythm game where you have to press the A button to the rhythm of the music (following the indications on the screen). The results obtained at the end of the song have no effect on the main game mode. It is possible to play this mode with 3 other friends who each have their own console and copy of the game.

Pokémon trading and battles with friends:

It is possible to swap monsters with friends or battle a friend in a 1 player vs. 1 player (PvP) battle when everyone has their Nintendo Switch system and a copy of the game.

The Great Undergrounds, the Super Show Contests, as well as the Pokémon swaps and battles are all playable online.

It is possible to play with friends, or with strangers. It should be noted that there is no form of communication possible between the player and strangers on the Internet. The player interacts with an avatar that represents the other player through menus, without talking to him directly.

For the Great Underground mode, the game does not specify how many online players are present in a single game.

There are new online modes coming in the next few weeks/months, but Nintendo has not yet revealed the details of these new modes. We will update the page here when these new modes are available.

Requires a Nintendo Switch Online subscription to play online with friends or others on the Internet. 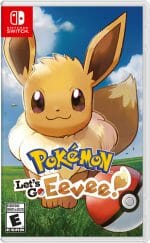 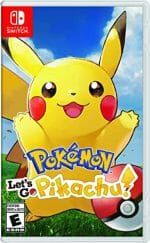 The 2 games are also identical to each other. You have to choose if you prefer the Pokémon Evoli (Eevee) or the Pokémon Pikachu. The games are relatively easy to play and complete. Nintendo considers this game to be perfect for a first Pokémon adventure, that is, it is recommended for those new to the series.

Your child will have a lot of fun playing this pair of games. After completing the main quest, your child may want to move on to another game. Or maybe they’ll want to keep playing it and catching Pokémon in the world or in the Great Underground for hours and hours and hours.