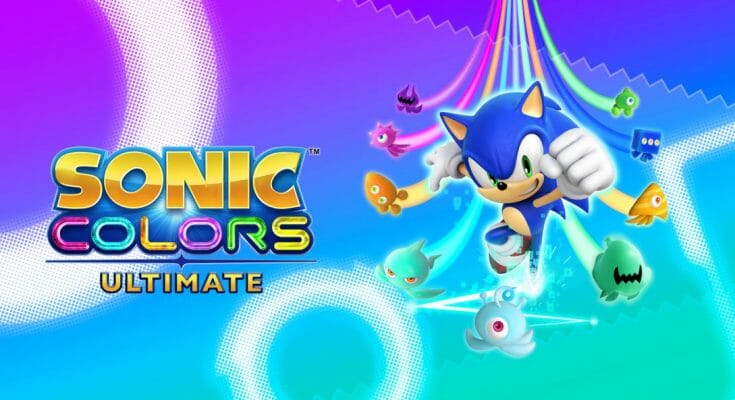 Sonic Colors Ultimate is a platform game mixing action phases in 2D, or 3D. The player embodies Sonic, the famous blue hedgehog in a universe very close to cartoons. Sonic must traverse many levels and defeat robot enemies led by Dr. Eggman who threaten the planet.

The game has a progressive difficulty and some particularly difficult passages especially towards the end.

The theme of the game is friendship, courage and respect for the ecosystems of the planets (animals, creatures).

It helps to know how to read to understand the menus, but it is not totally essential. The phases of dialogue are doubled.

A few difficult moments and poorly thought out phases in the game, will require you to make more complicated manipulations than the rest of the time.

Sonic Colors Ultimate is a remake of Sonic Colors released in 2010 for the Nintendo Wii. Now available on all current platforms, the game has benefited from a redesign of its graphics and the addition of some improvements.

The game works like this. The player takes on the role of Sonic, a blue hedgehog, who will traverse the levels in order to defeat the robot enemies and their creator, Dr. Eggman.

Sonic can jump on platforms, roll, get into a ball, attack enemies by rushing at them and especially run at full speed. The game oscillates between the 2D and 3D phases, and the controls and camera change every time. It also oscillates between platform phases and speed phases. In the latter, Sonic moves very quickly and it is necessary to orient it to avoid obstacles, maintain its speed in order to access certain specific passages.

This range of actions is common to many Sonic games like Sonic Lost World, Sonic Generations, Sonic Forces and Sonic Unleashed.

The specificity of Sonic Colors comes in its use of Wisps. The Wisps are colorful aliens (hence the title) who give Specific and temporary skills to Sonic in many levels. For example, when you pick up the green Wisp, and turn it on, you can suddenly hover and soar in the air for a limited time.

The pink Wisp allows you to turn into a ball of thorns and roll on walls and ceilings while attacking enemies.

The Orange Wisp turns Sonic into a rocket that flies very high in the air.

There are many other Wisps, and they are explained as you progress through the game.

Sonic walks through a gigantic space amusement park in this adventure, levels range from a water park, to a mountain of treats to a tropical resort. This changes the archetypes dear to the Sonic series: ice level, lava, desert…

Among the additions of this new version, there is a Rival Rush mode, which allows you to face Metal Sonic in a few levels. If you exceed it each time, you will unlock rewards.

Otherwise, it remains very similar to the original title. There are always 5 red rings to find in each level, in addition to Sonic’s classic gold rings. When you find all the red rings throughout the game, you unlock Super Sonic, a faster version of Sonic, invincible but that lasts as long as you have golden rings on you. They are consumed over time automatically when you are Super Sonic.

Just a mode that allows you to go through the history of the game.

The different editions of the game

All the “bonuses” mentioned here are anecdotal and optional. We recommend the purchase of the classic game, without bonuses or additional prizes.

Sonic Colors Ultimate is a good game totally suitable for children and can also appeal to teenagers and adults. It is not perfect in terms of its level design in particular, but those who know how to override it, will find something to have fun for several hours by benefiting from a very good soundtrack. In addition, its price is lower than the standard price of other games.