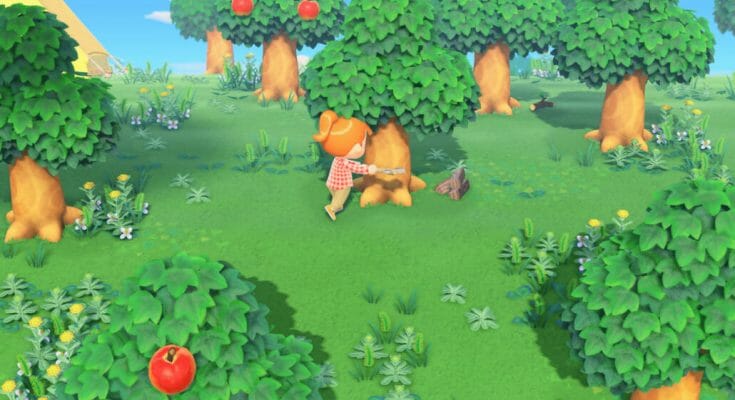 Animal Crossing is difficult. It doesn’t end in a weekend of Monster Energy and muscle memory. It ends in several months (see years) with patience and love. It asks us to slow down the tempo to that of a vacationer, and in our world of stress, it’s a huge challenge.

It is also his greatest strength. The Animal Crossing player wakes up with a smile since he knows that today is the opening of Tom Nook’s store, the museum, or that his house will finally be expanded.

I can’t imagine a better release date than March 20, 2020 for New Horizon. While everyone is confined to their homes and panic is rising, nothing does more good than surrendering to the peaceful, conflict-free world of Animal Crossing.

New Horizons solved the biggest problem of the series: the lack of things to do. In the first version on Gamecube, we arrived in an already populated city, with a store, a police station, a post office, a museum and a couturier. The long-term goals were just to expand his house and store.

In the Switch version, the countless goals, both long-term and very short-term. Basically, we are always sure that our weekly game session will make us progress.

The major difference is that New Horizons starts on a desert island… well, almost deserted. A tent for you and the other two animals moving in at the same time as you, the airport you arrived from, and then a tent for Tom Nook. That’s all. You have to build everything else.

It starts with crafting, a novelty for the series. Before, trees were just vulgar fruit distributors, whereas now they allow us to harvest wood. The same goes for rocks, which can now be hit to get materials (instead of a single magic rock spitting out money). Thanks to them, you will be able to build tools and objects. It is not enough for you to simply own the resources, you need to know the recipe, thanks to leaves that you can buy from the store, order with Nook Miles, find on the beach, or give away by other villagers. You can even change the color of some objects!

As always, you can draw your own patterns and apply them to your clothes, walls or floors, exchange these patterns using QR code, and compose the music of your village, if you feel creative.

Here’s what a weekly routine looks like in New Horizons: -Collect resources from trees (fruit, wood) and rocks (iron, stone) -Pick shells on the beach (and a bottle at the sea containing a recipe) -See new arrivals at the general store and at the couturier
-Use the ATM to see new items to order
-Find the 4 fossils buried on the island every day to give them to the museum
-Fishing and catching insects
-Say hello to the special visitor (carpet seller, insect maniac)
-Repay the debt of his house

You certainly have it for 45 to 60 minutes a day, depending on your level of investment. You can just window shop in about ten minutes, or you can go “all-in” with resource picking.

I know some of you will feel like Animal Crossing is repetitive and feels like a job rather than a game, but that’s part of the charm. It’s like a click game, Minecraft or an MMO: it’s the pleasure of being efficient and the sense of accomplishment that these long-term tasks give you. It’s a toothpick sculpture, an aquarium, a puzzle of 5000 pieces: a cute and serene place to plug into and forget everything else, if only for a moment.

In the very short term, there are the “Nook Miles”, a membership card service that gives you points for virtually every possible action in the world of Animal Crossing. It is with its points that you will repay your first home, and that you will unlock the expansion of your inventory, the recipes for the tools of better quality.

Nook Miles are still ingenious, since it acts not only as a system of achievements/trophies rewarding the player, but also as a tutorial. Nook Miles + are small lenses that are generated infinitely (always 5 available). I suspect they are calculated to push you to do the actions you neglect: planting 5 flowers, cutting down a tree, catching 5 fish, etc.

So even if you’ve done your weekly routine, you can still try to complete Nook Miles goals for hours, lengthening your gaming session if you wish.

After Isabelle’s arrival in your village, Tom Nook will offer you the opportunity to undertake very expensive constructions in your village, such as adding bridges or leveling land. You’ll have to work for days to pay them back, which gives you extra goals once all the expansions in your home are complete.

Each time a new building is built (house of other villagers, shops, etc.), it is you who choose its location. When Isabelle comes to help Tom Nook at City Hall, she also allows you to move buildings, or even send some villagers away. Basically, all this gives you absolute control over your village, giving a more creative and active side than ever before.

Important detail: you can drop objects anywhere including outside. Instead of just decorating the interior of your home, the entire island is your playground.

The ultimate goal is for your village to be populated and attractive enough for superstar K.K. Slider, the dog with the dry guitar, to produce a show at home!

And then, a special moment from time to time

Your island is not the only one in the world of Animal Crossing! You can fly and visit another, and meet new villagers, pick a new kind of fruit or visit and visit their store.

You can also invite your friends to your island, or visit theirs, host a party, and chat with the Nintendo Online mobile app.

On the surface, one might think that this is just another Animal Crossing identical to the others. In truth, this is the first time that the formula has been improved in a way substantial enough to consider it as a new game in its own right, and not just a port with a few additions.

Nintendo promised us that it would support New Horizon with regular updates containing new buildings and seasonal events. If the term “games as a service” can be applied to a franchise, it’s Animal Crossing!