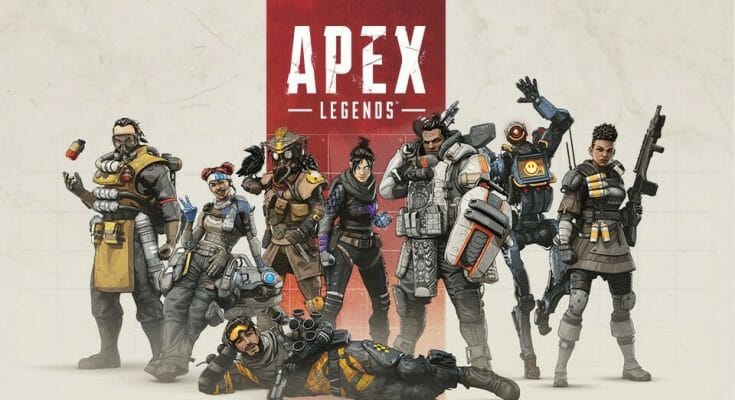 Discover the vibrant world of Apex Legends, where teams of Legends of all kinds battle in this frantic battle-royal to become the champions of the Apex Games and win!

The game is endless. Even nicer with friends.

In both Battle-Royale mode and competitive 3 vs. 3 mode, it’s impossible to choose its difficulty, because enemies are controlled by humans. You can face weaker players as well as stronger players.

Presence of violence. The characters shoot themselves with guns, knives, grenades. Blood spatter. Realistic shots. Remote or hand-to-hand combat. Players can perform “executions” to eliminate other players (stabbing, hitting, electrocuting, etc.) These actions are often shown closely, from the victim’s point of view.

Characters in Apex Legends use very little vulgar or inappropriate language. Players, on the other hand, can, using a microphone feature or built-in chat. Be warned.

In addition to possibly the violent context of the games (a competition to death) and its violent sci-fi universe, Apex Legends represents a variety of characters and encourages teamwork. Legends of the game are very diverse, representing a variety of nationalities, ethnicities, sexual orientations and body types.

It is possible to buy additional content, such as costumes, characters, different appearances for weapons and special animations. The player is constantly asked to buy these cosmetic items with money.

The character can use weapons, objects, vehicles and move around the arena. Several buttons are used and the player must master them to defeat the opponents.

The game is free and can be downloaded to all game consoles and computers.

Apex Legends is a battle-royal style game. At the beginning of a game, players choose where to land in a huge world and must try to find weapons, armor and equipment to defeat their opponents. To win, you have to be the last survivor in the game.

Apex is played exclusively online. There is no feature to share the screen. One player per console.

The game offers a “training” mode, which is technically solo. This mode still requires an online connection and only serves to train his reflexes and test the weapons of the game.

The player teams up with one or two other players and is thrown into a large arena. Players must find equipment and face opponents to try to be the last survivors in the arena, while the combat zone decreases from minute to minute.

One mode added in 2021, Arena mode pits two teams of three players into conflict. The team must defeat the other to win rounds and win the game. Players purchase weapons at the beginning of each round, with the help of a menu, which they can use during the round. Three winning rounds are needed to win.

Apex Legends has been an ultra-popular game since its release. It’s a frantic, fun and very enjoyable game with friends. If you’re interested in Battle Royale games, Apex Legends is a game to try.

Parents should be warned of its methods for spending money. It’s a game that can be suitable for teenagers as young as 12.

More information about the game: Official game page on the Electronic Arts website