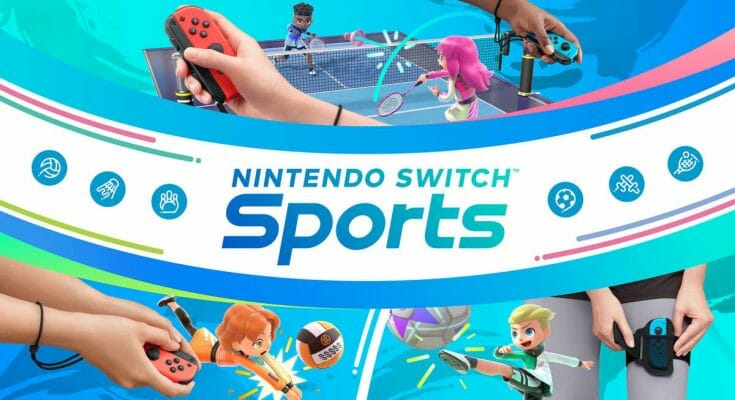 The game is sold with a leg strap in its cartridge (physical) version. This allows you to play only one (out of 4) of the Soccer game modes properly. The strap is the same as for Ring Fit Adventure. If you already have it, there’s no point in buying it back.

Little violence. Some characters can be hit by bullets, stealing games. The game of Chambara is a sword fight and requires the characters to blow each other with swords to push the opponent into the water.

Encourages to be social and play together.

Requires knowing how to read for years to understand the instructions.

Includes intra-game purchases according to the official website. We haven’t seen any in the game so far.

Requires a small learning time for each game.

What you need to know

Even in portable mode, or with your Nintendo Switch Lite, you will have to use joy-con in addition to your console. Pro Controller and controls attached to the screen are therefore not compatible.

The leg strap sold in the physical version of the game is only necessary for a game mode in the Soccer/Football mini-game. It is totally dispensable to enjoy the game.

Nintendo Switch Sports is a compilation of mini-games themed around sports. Each game tries to replicate the real sport by making you move from the screen and using the joy-con controllers.

From the outset, Nintendo Switch Sports offers you to play:

Most of the sports on offer have a tutorial when you first launch them. AND every time we add a new player to play with us, which is great. We can skip the tutorial.

The available sports are then the following:

Volleyball (from 1 to 4 players)

The most complicated game! It is a question of doing 3 manipulations with good timing. Except that it is difficult to understand the right time to do them. And if this is not obvious for veteran players, it will be more difficult for casual players.

Badminton (from 1 to 2 players)

No tutorial here. The game assumes that you will move the joy-con controller like a badmintion racket. As in Wii Sports, characters move automatically. You just have to quickly move the controller to give the racket shot when necessary. The detection does not seem completely accurate, but seems sufficient for the sport in question.

As in Wii Sports, Wii Bowling, you move the character, rotate it, and then you make the move to throw a bowling ball with your controller (without throwing it) and holding down the ZR button. Very effective and one of the most appreciated games whether in Wii Sports or here.

There is a special mode bringing variations in the field as moving platforms.

If you’ve played Rocket League , it’s very similar. You direct a character with the stick of the controller, and you kick by quickly moving the second controller. The sport is very pleasant and we have a lot of fun playing. It is the game that requires the most execution among those available.

It is possible to play with 1 character against 1 other on the field. Or in 4 against 4.

It is also possible to play in “Shoot-out”, “Shooting goal”. This is the only game mode that requires the leg strap, which is promoted and supplied with the game in physical version, cartridge.

In this mode, a ball is thrown at your character, and it involves kicking at the right time to send it into the goal. The controller doesn’t seem to detect the orientation of the leg correctly, and only the timing of the strike seems to matter.

Chambara (from 1 to 2 players)

The sword fight takes place like a paper-rock-scissors. You can attack horizontally, vertically, or diagonally, the opponent with your sword. The attack is validated, if the opponent does not protect himself in a way perpendicular to your attack. Example: a horizontal attack protected by a vertical attack, will stun the attacker. With each validated attack, the opponent is pushed a little more towards the edge of the arena. After 3 or 4 attacks, the opponent falls into the water, and the attacker wins the match.

Several variations are also available, such as double swords.

No tutorial here. Very similar to Badminton, but when you play with 2 players, you are either in the same team, or you control the 2 characters on your part of the field at once. So we’re constantly playing doubles, and it’s a little disturbing, but we’re adapting to it.

Sport not available yet, but announced for a later update in the future.

Each of the games can be played online. Sometimes when there are not enough online players available, bots are added to the game. After a few games, it is possible to choose a sport randomly, and choose 3 games to be connected faster with human opponents.

It is possible to play cooperatively with 2 players on the same console against online opponents.

To encourage online play, players unlock outfits to personalize their avatars, as they play. BUT the parts of outfits disappear after a few days.

For example, you will play a lot and unlock 7 glasses, pants, haircuts for your avatar, but if you have not unlocked everything on the card, and the card expires after the 10 days indicated, you will not be able to get them anymore.

It looks like “game by appointment”, that is to say that it is the game that gives you appointment to tell you when to play. This is an obscure pattern of game design. However, the personalization parts of your avatar may be available later. We saw that Nintendo offered a lot of content for free in Mario Tennis Aces and Mario Golf Super Rush , and allowed everything to be unlocked after a few months. It is not known how this will be in the future of this game.

The outfits are totally optional and dispensable, and I just don’t understand why I took a time counter to unlock them. And every time, that we win a gift, it’s a random outfit game.

It is a game that you will release once in a while to play with the family. The art direction is very well suited, the environments are charming, and we don’t take the parts seriously.

Buy Nintendo Switch Sports in physical version with the strap on Amazon.ca

Buy the strap to play Nintendo Switch Sports on Amazon.ca