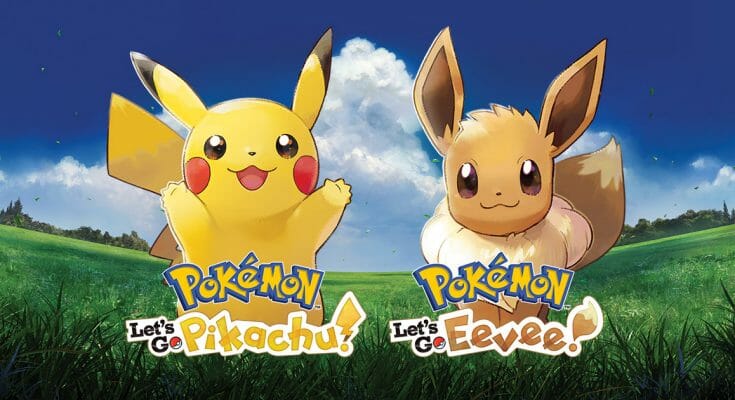 Discover the first generation of Pokémon in this opus (Pokémon: Pocket Monsters ). Become a Pokémon trainer, choose your starting monster, and go on an adventure in the Kanto area and discover the mystery behind the legendary monsters in Pokémon Let’s Go Pikachu or Pokemon Let’s Go Eevee.

The game is almost infinite. When the main adventure is over, there are still multiple quests to complete, hundreds of Pokémon to raise, and many challenges. It’s multiplied if you play with your friends and online.

The vast majority of the inhabitants are very helpful and kind. Only the bad guys, and the rivals, provoke a little. This episode contains more ethnic diversity than the others. It is always possible to choose whether to control a girl or a boy at the beginning of the adventure.

None. It is possible to buy a Pokéball-shaped controller, which then replaces the joycon to play. It’s totally optional and quite expensive. We don’t recommend it.

Very easy. Just menus to browse. No reflex required. The game can be played entirely at a single joycon in TV mode or placed on a table.

This is a role-playing game in which players help a character (boy or girl) capture, trade and train Pokémon. While traveling in a wide variety of environments, players can engage in turn-by-turn Pokémon fights with other coaches.

Just one game mode where you go through history.

At any time in the adventure, a second player can join in the adventure. It is completely optional but the parent can then guide the child, or vice versa. The second character disappears when the first player changes screens, and is not taken into account by the inhabitants of the world.

During battles, the second player gives orders to the 2nd Pokémon of the main player’s team. The fights then switch to 2 vs. 2.

Requires a Nintendo Switch Online subscription to play on the Internet with friends or others.

It takes many hours in the story to finally unlock the online game.

The game is entertaining and enjoyable to browse, especially for newcomers in the series. 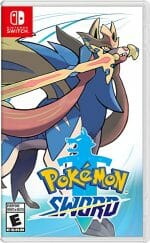 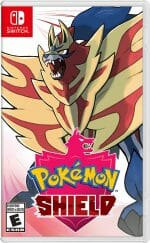 The two games are also the same between them. You have to choose if you prefer Sword or Shield.