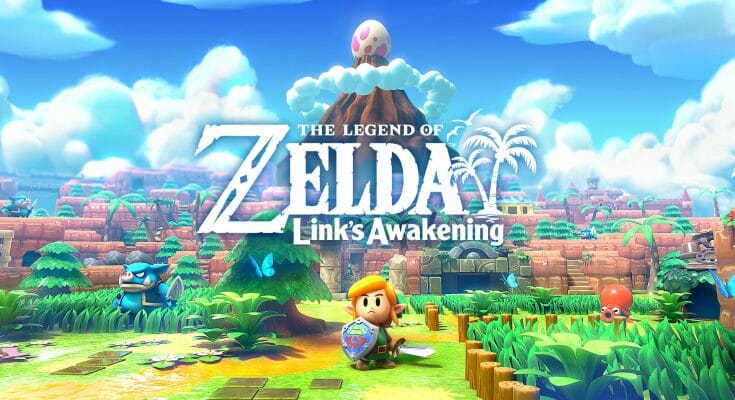 Relive the Nintendo classic released in 1993: The Legend of Zelda: Link’s Awakening. Find the island of Koholint in this classic ressucité and acclaimed by fans of the series on the HD version of the Nintendo Switch.

The game unlocks different modes once completed. It can play very well and is a lot of fun to do again.

Although the game seems simple and easy, some less experienced players may find the various puzzles and levels difficult to cross.

The violence in this game is fantastic, and there are no themes that are likely to frighten or startle the player.

The game takes up the classic released in 1993 and adapts it with the current graphics. The game beaded to the children to discover a game that had been hugely successful when it was released. It also allows nostalgics to rediscover their childhood.

There are no confirmed extensions for this game.

Relive the classic adventure released in 1993. You play as Link, who tries to unravel the mysteries of the island of Koholint, to which he arrived in a stormy sequel. Gather the various instruments to wake up the sleeping whale and get ready for a new adventure redefined by today’s graphics.

There is the only mode used to browse the story, but there is also another mode that can be played.

There is a mode that can be created from those you visited earlier in the game. In order to unlock this, you have to complete the quest given by Dampé in his hut. This part of the game is fun for people who are rather creative and looking to encounter more difficulties in the game. By purchasing amiibo, you can unlock more options for dungeon fashion and it is also usable in story mode.

There is no online game mode, but it is possible to share the dungeons that were made by the amiibos.

If you like this game, you’ll also like: Cadence of Hyrule Crypt of the NecroDancer featuring the Legend of Zelda