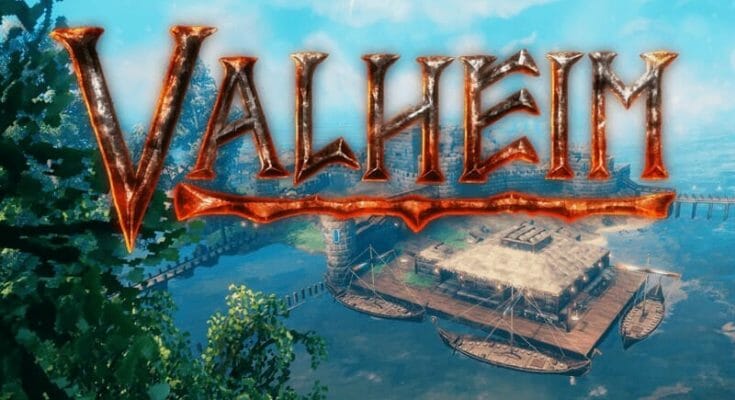 Valheim is a game of exploration and survival in an open world inspired by Viking mythology and culture. You start your adventure in the center of Valheim, and the further away you explore, the more challenging it gets. You have to gather resources and craft better weapons and armor to overcome the various obstacles and enemies that stand in your way.

A bit like Minecraft, it is possible to play on dedicated servers, join random online games, play alone on a locally saved game or host servers to play with friends. Each game of Valheim has a procedurally generated map, which makes each game absolutely unique.

The game is composed of multiple biomes that the player must explore in order, since the difficulty of the terrain and enemies is increasing. After conquering a biome (gaining battle skills, forging adapted armor and weapons, etc.), the player must face, alone or in a team with other players, a final boss whose location is revealed over the course of exploration. The final boss, once defeated, drops an item necessary for the progression of the game and access to the next biome.

In this sense, the game offers a progression reminiscent of human evolution: the player starts in the center of the map which is up to them to discover, modestly dressed, in the Meadows where few enemies come to disturb them. They must hunt and gather fruits and plants in order to eat, create leather armor and shape tools out of wood and stone. They must also build a shelter, cook food and organize resources in order to explore the map effectively. It is only after defeating the first final boss of the Meadows biome that the player discovers material hard enough to make a first pickaxe, and finally smelt copper, tin and bronze. Through biomes, new enemies, new materials, and new challenges, the player can come to tend their own gardens, animal and livestock farms, create a network of dwellings connected by portals, and more. All this, of course, under a Viking and pagan theme that will make fans of the genre smile.

Frequent updates allow players to discover new biomes, new builds, and new enemies. The game is still in Early Access and new biomes are awaited in the coming months.

Number of players:
1 to 10 players online
1 player per PC

Many fights with monsters and blood splatters from killing animals.

Lots of interactions with other players online, so you can read and hear anything and everything.

Cooperation between players is encouraged, advancing in the game alone is difficult.

Valheim is a well-built game, extremely well optimized and team-oriented. However, alone or with friends, it is possible to progress in the game and enjoy new adventures on every server. The possibilities are multiplied with each update and the maps are immense. Thus, the game provides hundreds of hours of content, whether it is through building, exploring, gathering resources or combat.

The educational side is little explored. Apart from the few constructions, references to pagan celebrations and the Viking-inspired names of some of the final bosses, the game remains very sober and allows players a fairly large freedom from a narrative point of view. The only apparent link to Viking mythology is the branches of Yggdrasil that the player can observe looking into the starry sky at night. A magnificent detail, if nothing else. Despite the low-poly and economical graphics, it is possible to take pretty photos and enjoy impressive landscapes.

With a very affordable price (around $20) and ever-changing content, there is no doubt that Valheim is a game that promises hours of fun and discovery, best enjoyed with friends!

View all posts by Myriam Baulne →